Out of Hell Original Game Soundtrack 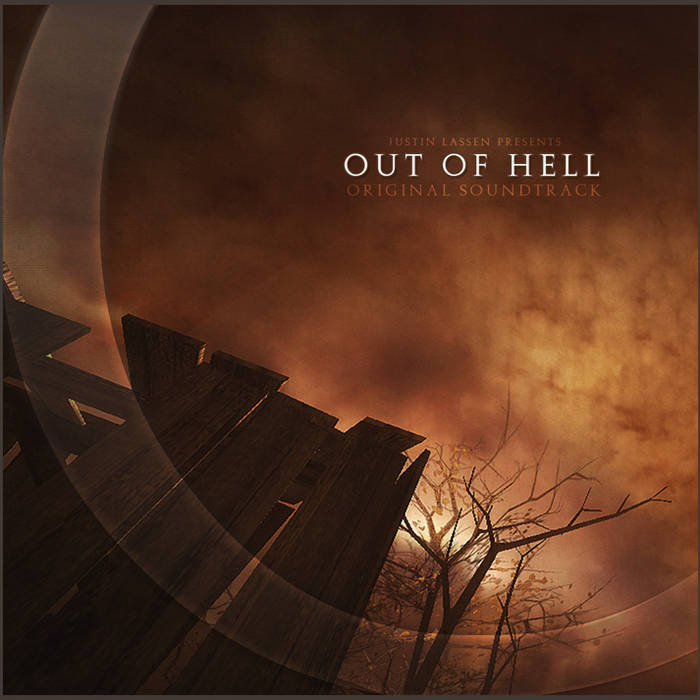 "Any of those names look familiar to you? Good. I bet you can guess the general meaning of the ones you don’t know. They probably come from a culture with which you’re unfamiliar, but you can guess the word refers to “a big bad place with fire and brimstone.” So, you get the drift from the names, right?

Now, you should know ahead of time what kind of soundtrack this is. This is extremely dark, ambient stuff that occasionally lacks a melody of any sort. The music is functional, but it is also evocative. This is mood music that I am forbidden from playing around my children. Usually my wife would lay down that injunction for lyrical content. But this? The sounds actually scare my children. Most tracks from, say, Silent Hill, are not able to boast the same claim over my three-year-old.

So I guess, the best way to sum up the soundtrack is that it sounds like 50 minutes of hell. For some people, that will be 50 minutes of boredom. For others, it’s 50 minutes of edge-of-your-seat anxiety. There are certainly plenty of percussive tracks to get your pulse pounding and your head spinning. But other tracks are made up of low drones and creepy sound effects: machines, or perhaps a train, making noise in the distance; a door creaking open; fire crackling. It’s all creepy stuff.

The tracks sometimes transition from one to the next seamlessly, but other pieces have clean breaks. The first three tracks I had mistaken for one fluid piece. But later, I found the eerie tonality of “Limbo” to be a stand-out piece that I could recognize over multiple listens.

I wouldn’t say I “enjoy” the OOH OST so much as I “appreciate” it. But one thing I can say for sure: if I ever throw a Halloween party and want to legitimately scare my guests, this is what I’ll play. And after about 15 minutes of it, people should be plenty terrified, and then we’ll move on to something truly cheesy, like The Monster Mash." - Patrick Gann, Original Sound Vision, 2009 Review (www.originalsoundversion.com/good-mods-have-their-own-soundtracks-out-of-hell-ost-review/)